It’s being billed as tennis’ Drive to Survive – the F1 documentary series that took die-hard fans and newcomers behind the scenes of the biggest moments with (some of) the biggest names.

The first five episodes of Break Point have dropped on Netflix – showing us, as top-10 player Taylor Fritz puts it, “how rough being a tennis player actually is”.

“You lose every single week,” says the American. “You have to be a very confident person to keep coming back.”

Fritz is among the main stars of the series, which also features Nick Kyrgios opening up about drinking problems in his early 20s, and Ons Jabeur discussing the dilemmas female players face when they want to start a family.

Producer James Gay-Rees told BBC Sport the series captured some of the loneliness of life as a player on tour.

“You’re quite often travelling alone, staying in hotels by yourself, playing alone,” he said.

“Only one person wins a tournament. There are brief moments of joy amidst oceans of regret and loss.”

“This is a great opportunity for people who don’t know tennis from the inside to really see the struggles.”

In the first episode of Break Point, we get a close look at Kyrgios – the game’s most mercurial star.

It is almost nine years since a teenage Kyrgios shocked the world by beating world number one Rafael Nadal at Wimbledon.

Now 27 and the world number 21, Kyrgios says that match changed “everything” for him.

“From that day forth, the expectation on me to be the next big thing was massive,” he recalls.

Despite his early promise and undeniable talent, Kyrgios is yet to win a major singles title, and his occasional outbursts on and off court have been accompanied by a lot of bad press.

It really is worth a watch! 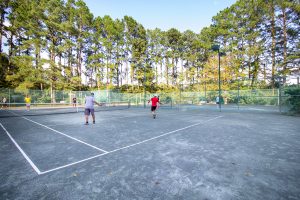 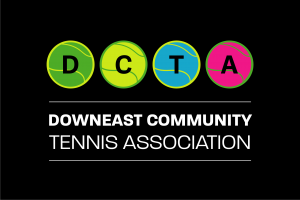 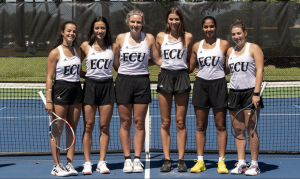